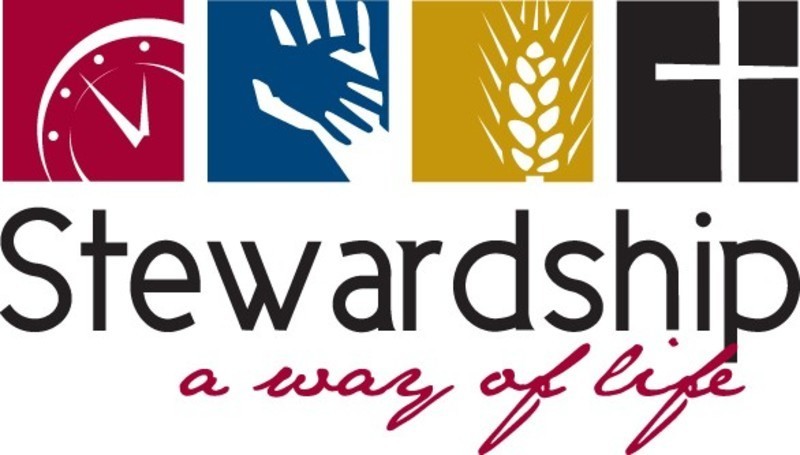 For some people stewardship is all about giving their money to the church or to a charitable institution. While it is a form of stewardship, genuine act of giving is much more than giving money away to another person. Stewardship is an internal process through which one realizes that God is in control of our lives. It is a way of life in which what we do and what we think, what we give and how we give, the way we behave and believe, everything falls into that category of spiritual stewardship.

If one is not happy with what is happening in one's life, then it is time to rectify that before giving a dime to the church or a charity. What good is it when someone gives grudgingly and out of obligation? What good is it when it only creates fear, sadness, and anger for giving away what is not ours anyway? The generosity of God regardless of our worthiness is the standard of stewardship. Jesus tried to teach that over and over, but not many of us understand what that means.

It's about stewardship we learn from the story Jesus shares in the parable of the farmer who hired laborers: Matthew 20.

“For the kingdom of heaven is like a landowner who went out early in the morning to hire workers for his vineyard. 2 He agreed to pay them a denarius[a] for the day and sent them into his vineyard.

3 “About nine in the morning he went out and saw others standing in the marketplace doing nothing. 4 He told them, ‘You also go and work in my vineyard, and I will pay you whatever is right.’ 5 So they went.

7 “‘Because no one has hired us,’ they answered.

“He said to them, ‘You also go and work in my vineyard.’

8 “When evening came, the owner of the vineyard said to his foreman, ‘Call the workers and pay them their wages, beginning with the last ones hired and going on to the first.’

13 “But he answered one of them, ‘I am not being unfair to you, friend. Didn’t you agree to work for a denarius? 14 Take your pay and go. I want to give the one who was hired last the same as I gave you. 15 Don’t I have the right to do what I want with my own money? Or are you envious because I am generous?’

It is generosity that is purely individual, personal, and without worrying about who thinks what. It is about gratitude for the blessings one has received. Stewardship is simply being responsible for the world that is given to our care. It is the recognition what I give away is the blessing of trust, kindness, love, and gratitude to God and to my fellow beings.

In the end, loving care what stewardship all about.

Subscribe to receive email updates with the latest news.